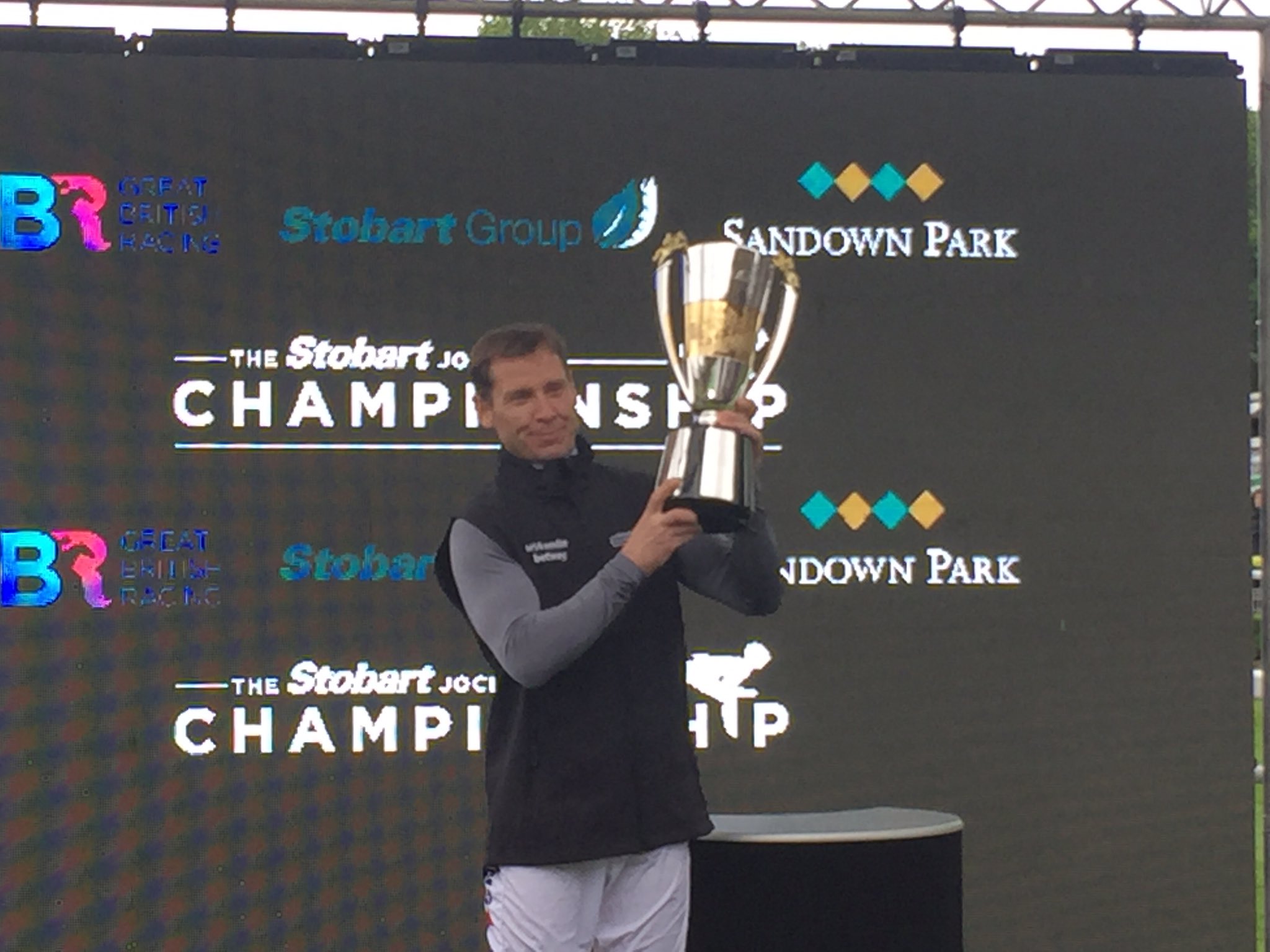 This weekend marked the end of the National Hunt season where the champion jockey Richard Johnson picked up his 4th jockey’s championship. Whose that know me well are aware of the high level of admiration I have for “The Champ”

AP McCoy Dominated the Champion Jockey’s title winning the title in 20 consecutive season’s, during that time the main jockey in his shadow was Richard Johnson. When AP Retired he said it was Johnson that was always the one he was watching when riding, it was Johnson’s results he would look for first. Richard Johnson was AP McCoy’s biggest rival for his entire career, these two men are both a cut above the rest. I am a huge fan of both and without disrespecting the great man AP McCoy just imagine for one minute if AP had never become a jockey we would all be applauding Richard Johnson as “the man” he is a cut above the rest and has been very unfortunate to have AP in his way all them years. Two outstanding jockeys going for the title.

It is 25 years on since Richard Johnson got his first winner under rules, I am amazed how so dedicated a man can be of his sport for so long. Lets get things straight here horse racing and particularly National Hunt is a very tough sport. I mean what other sport has an ambulance follow the competitors around the track?  To see the level of desire Richard Johnson has for winning the title so many years on is quite amazing and he has just had his 2nd best season ever number wise hitting that 200 winners mark. When you compare it to other sports can you imagine a premiership footballer for example playing 2nd fiddle for so many years to carry on with the same desire and determination 25 years later? I doubt it.

Richard Johnson has the same agent that AP McCoy had in Dave Roberts. He once said McCoy and Johnson are similar in temperament, neither jockey would question what rides he would put them on, they were prepared to travel anywhere for any ride, prepared to make weight even if its a struggle, they both have the right mindset and the right temperament. The strength of them was they wanted many winners, in numbers, the same mentality, Dave Roberts said they were so close in their temperament they could be brothers.

The rides I admire the most from Richard Johnson are the ones where the horse is not well handicapped or on paper looks hard to win on. The one Richard is pushing the horse along from a mile out and he some how gets the animal home in front, the rides of a champion. Richard Johnson not only has the ability of a good jockey he has the desire, he grinds away, he is a grafter, a trier and put him on a horse with a similar attitude and its a recipe for success.

I think as traders and other areas of our lives we can take a lot from successful sports people like Richard Johnson and AP McCoy. They know there are no short cuts to success, you have to have the discipline and the drive. The right mentality, work ethic, ability to stay grounded and humble. To be able to say to yourself you have never “made it” you are only as good as your last ride or trade. These two remarkable men were not only competing against each other they were competing against themselves. But they have the self belief, positive attitude and drive to be better than yesterday. This is a winning mentality.

Richard Johnson has shown no desire to retire yet, we have a lot of young and hungry jockeys riding now that have broken through and the future looks positive on that front but I think we should relish the remaining days we get to see “the champ” riding. He is a true National Hunt Legend.

Congratulations to “The Champ” on your 4th successive jockeys title.

Retweet on TwitterHunting for Profit Retweeted

It would be pointless running a trading service if there were no success stories right? .....