We had a HFP members get together at Nottingham race course this month which was great because it gave members time to chat racing, trading and just enjoy a good old social together. We were lucky in the fact that we got some nice weather because as often with the good old British weather it hammered it down with rain the following day. Although a few were disappointed they could not make it due to work, family, holiday commitments the turn out was good from our on line group of just over 100 members and it turned out to be a great day out. After the races we all went into town and had a nice Italian meal. Many thanks to everyone who came along, trading can be a really lonely existence at times and being able to talk to like minded people in a relaxed environment was great for everyone. I am already looking forward to the next meet up!

Some HFP Members enjoying a day out at Nottingham race course 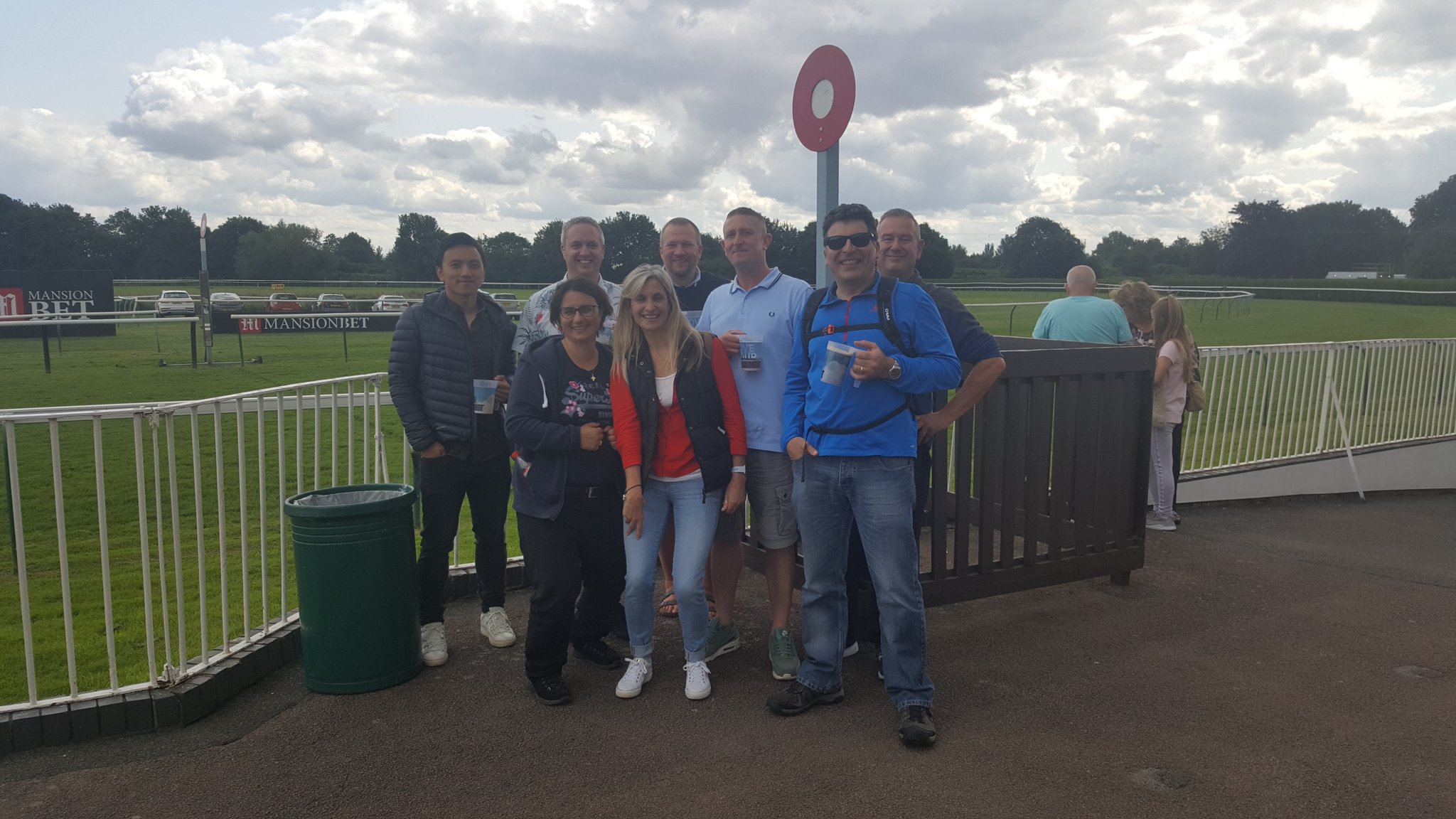 So the summer racing markets are almost over, we only have one classic left being the St Leger at Doncaster next month plus the Ayr Gold cup and future champions day at Newmarket and Ascot to come for the flat.

This is the transitional period over the next month to six weeks where we will move from the flat turf to the National Hunt season proper.

So for those that are not aware what does the jumps season offer us? For in play traders it offers plenty of cracking opportunities, a lot of races are litter with good opportunities to make profit and this is a great time to get involved with learning how to trade these markets in a safe and systematic way, check out details here:

Although the season proper starts in October National Hunt continued throughout the summer with some summer jumps. The season started on May the 4th this year and will finish on April the 25th 2020. Current champion Richard Johnson sits at the top of the table with 52 wins already.

Whilst there are many cracking meetings during the season here are the standout ones to look forward to:

Officially the jumps season proper starts at Chepstow which is on Friday the 11th of October this year. The home of jumps racing that is Cheltenham open their gates for the show case meeting at the end of October. We will start to see new bumper and Juvenile Hurdle runners plus those converting to Novice chasing during this period.

A view from the stands at the home of jumps racing

Wetherby has a good meeting which includes the Charlie Hall Chase at the start of November which is the first time we will see some of the big guns out running over 3 miles as they make their campaign’s for Gold Cup success at the festival later in the season, then it is back to Cheltenham for their November meeting in the middle of the month.

The first big race of the season is the Betfair Chase run over 3 miles one & a half furlongs at Haydock on the 23rd of November  which is the first of the big treble million pound bonus the other two races being the King George on Boxing day at Kempton and the Gold Cup at the Cheltenham Festival. .

Newbury will host the Ladbrokes Trophy at the end of November  on the 30th. The Ladbrokes Trophy formerly known as the Hennessy Gold Cup is a tough race over 3 mile 1 furlong won by previous Gold Cup and Grand National winners most recently Native River to name a few others in recent years Many Clouds, Bobs Worth and the legend Denman. On the same day Newcastle host the Fighting Fifth Hurdle which is a Grade 1 warm up for the Champion Hurdle at the festival.

On the 6th and 7th is the Betfair Tingle Creek Chase meeting at Sandown with the main race the Tingle Creek being run over 2 miles. Aintree will also open the gates for the Becher Chase which is run over nearly 3 miles 2 furlongs over the Grand National fences. This race is normally used as a prep race for potential English Grand National runners later in the season.

Cheltenham have a meeting mid December, the international meeting then we go into a very busy Christmas period. The two weeks over Christmas is often a cracking period to trade, plenty of racing going on with bumper days on Boxing day and New Years day if you are not suffering from a hangover! if you have been celebrating the festive period.

Ascot has a good card in December with the biggest race coming on Boxing day at Kempton with it being the King George Chase which is run over 3 miles and whilst it is a very different track to Cheltenham horses have gone on to win the Gold Cup at the festival from winning the King George. Superstar 2 miler Altior is rumoured to be stepping up in trip this season to 3 miles to run in the King George. We also have the Kauto Star Novices Chase, Christmas and Juvenile Hurdle then on the 27th is the Coral Welsh Grand National at Chepstow.

New Years Day offers a cracking day of racing which includes a meeting at the home of racing that is Cheltenham. Then later in the month Ascot have a big race day and then we get the Cheltenham trials meeting.

The hype will slowly starts to build for the festival during the new year as Ascot host another good race day with the Betfair Ascot Chase offering one of the last warm ups for the big race at the festival.

Whilst there are several smaller meetings around the festival including the imperial Cup early March at Sandown the festival takes main stage in March. The festival starts on Tuesday the 10th to Friday the 13th which hosts one of if not the biggest races of the racing calendar that is the Gold Cup whilst the Grand National always captures the general public every year for the right and wrong reasons the Gold Cup is for the jumps purist’s. The buzz around this meeting is huge and rightly so it’s an amazing spectacle for all National Hunt fans.

The day after the festival will be the midlands Grand National at Uttoxeter.

We will have the Grand National Meeting with the National the obvious spectacle where 40 horses race over the 4 miles at Aintree. Some festival runners will also run here but some horses will dodge the festival to run here so will come into it fresher.

After this the flat turf and summer jumps will kick in again.

So there we have it an action packed National Hunt season to look forward to I will soon be compiling notes on potential new talent for bumpers and juvenile Hurdles and those converting to novice chasing for the new season to add to our daily watch list’s.

Plenty of trading opportunities and its a great time to join our team with the season kicking in October/ November.

We still have a few places left on November’s course. If interested drop an email via the website

Just 4 online places left for this month and hotel course interest is growing for September, date and location will be decided by what is easiest for the majority of participants on the course, drop an email if interested via the website, link below 👇